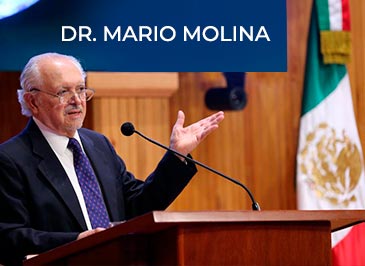 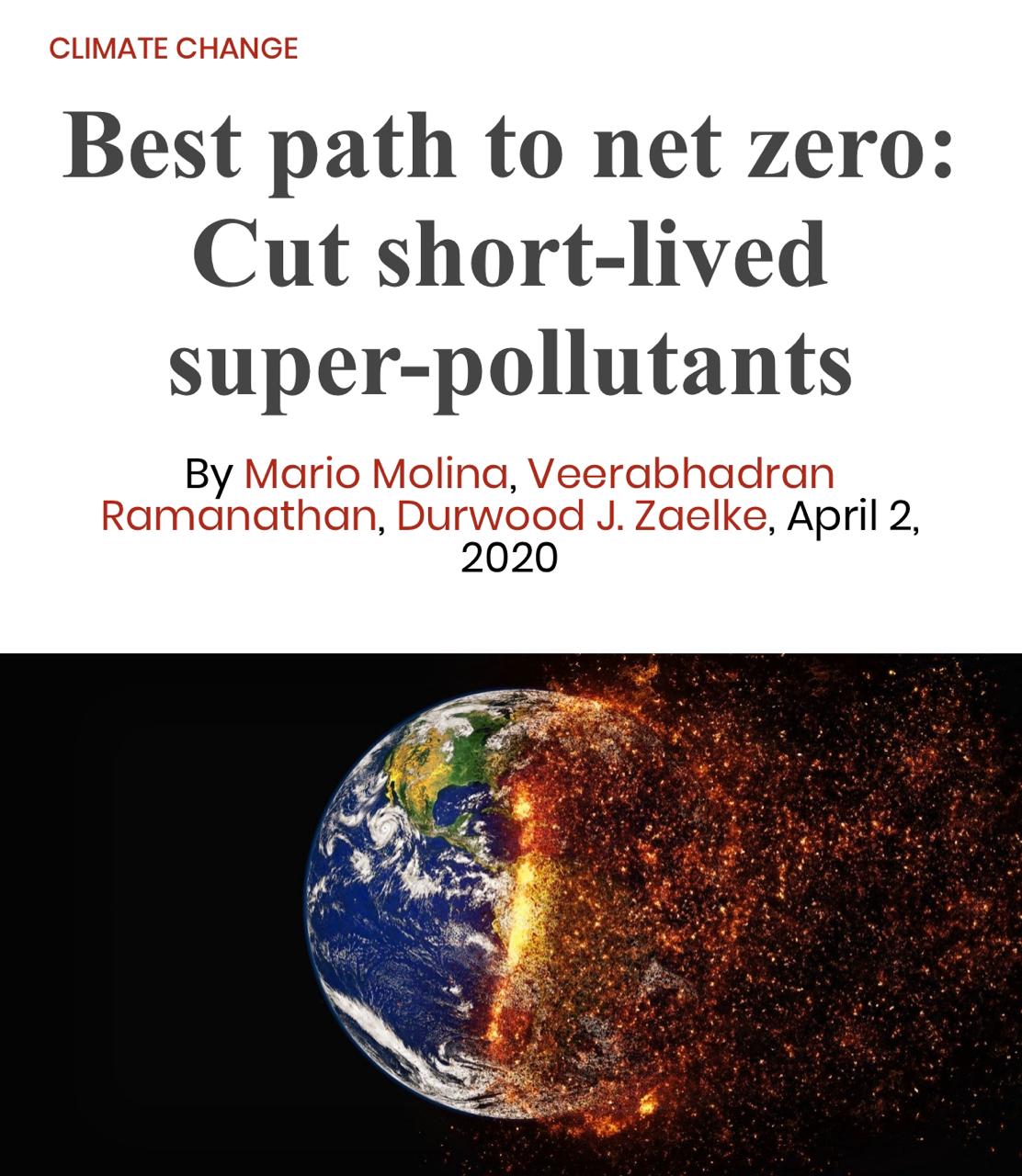 Today marks the 24th Anniversary of Dr. Mario Molina receiving the Nobel Prize in Chemistry. We invite you to read more about this historic moment: 24th Anniversary of the Nobel Prize in Chemistry

Dr. Molina participated in the UN Climate Action Summit in New York this week alongside scientists, world leaders and civil society. He was part of the “Unlocking the full potencial of Climate Action” meeting. 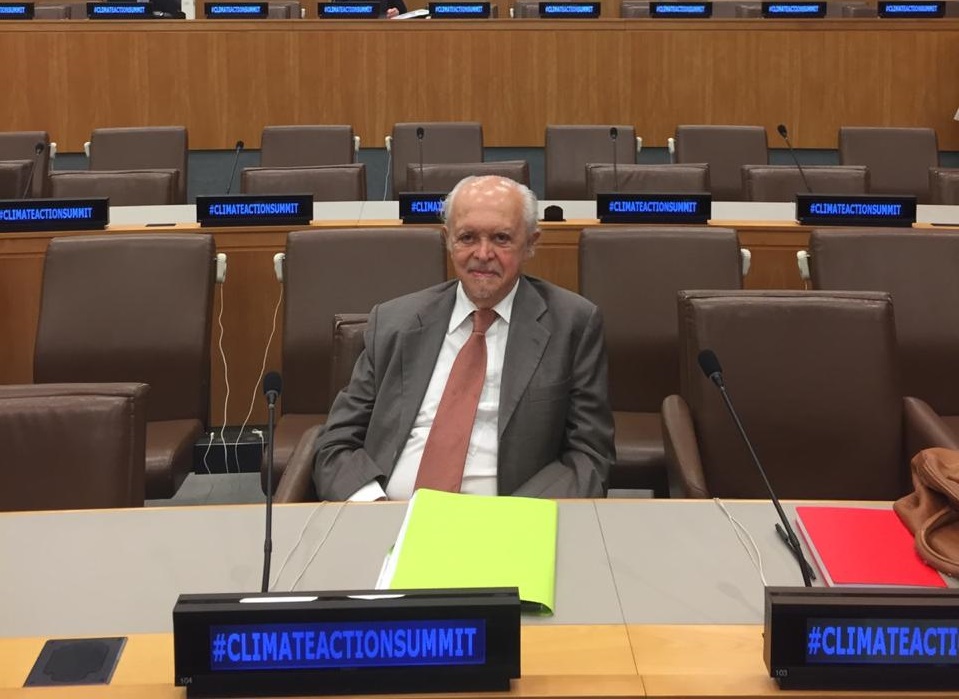 Dr. Mario Molina took part of “24 Hours of Reality” by Ex-President Al Gore and The Climate Reality Project. Over 24 hours leaders, scientists, academics, government and social representatives offered interviews to learn more about how fossil fuels and climate change are creating unique health risks that threaten the wellness of families and communities all over the world.

“This bill and the executive order put California on a path to meet the goals of Paris and beyond. It will not be easy. It will not be immediate. But it must be done,” said Governor Brown. 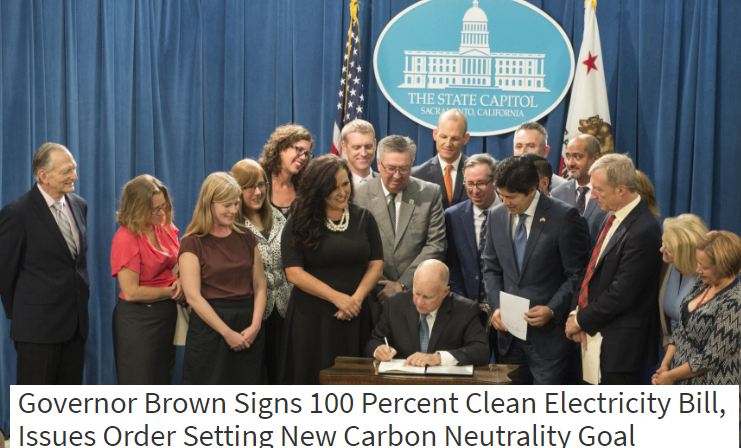 Dr. Mario Molina was one of the scientists who promoted this important Bill in California

Dr. Mario Molina of Mexico is one of the most celebrated scientists alive today. He is an atmospheric chemist who was awarded the Nobel Prize in 1995. 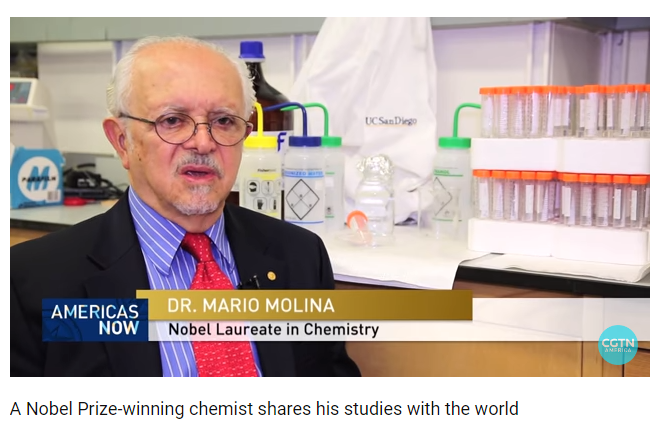 A Nobel Prize-winning chemist shares his studies with the world

Earth 2020: Science, society, and sustainability in the Anthropocene


PNAS -April 21, 2020
Another critical scientific advance occurred in the mid-1970s, when Mario Molina and F. Sherwood Rowland first demonstrated that chlorofluorocarbons (CFCs) would break down under UV exposure in the stratosphere, releasing free radicals that catalyzed ozone destruction. The pair would go on to share the 1995 Nobel Prize in Chemistry with Paul Crutzen.

Commentary | Why California summit is make or break for climate safety


Opinion piece by VEERABHADRAN RAMANATHAN. MARIO MOLINA & DURWOOD J. ZAELKE
Gov. Jerry Brown’s climate summit next week is his last chance — and perhaps the last chances for the U.S. and the world — to change the course we’re on in time to prevent climate devastation. Benignly called the “business as usual” climate trajectory, this course should be called the “disaster” trajectory because that’s where it’s taking the planet, and far faster than most realize.