Historically, very intense hurricanes occurred at most each decade. By contrast, the 2017 hurricane season in the Atlantic has no precedents. Firstly, by the end of August, hurricane Harvey flooded the state of Texas (Fig. 1) with rain up to 1,500 mm in 6 days, equivalent to all the rain that the state of Veracruz accumulated in a year. Immediately after, hurricane Irma formed (Fig. 2), which broke wind speed record, around 300 km/h, sustained for a period of 37 hours; the most any cyclone was lasted in registered history. Also, for the next three days it maintained as category 5. It was followed by hurricane José, another category 5 hurricane, and then by María by the end of September, also category 5, whose effects include leaving 80% of the population without electricity in Puerto Rico. 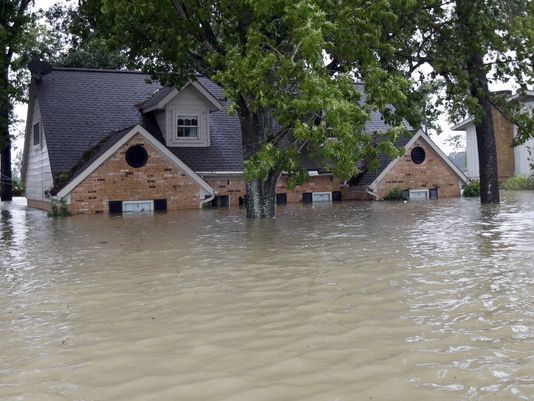 The magnitude, frequency and relative short period of these hurricanes from each other may seem to put into question climate change being responsible for their occurrence. Although it would be incorrect to suggest that climate change caused these extreme events, it is possible to establish that the intensity of such events was considerably increased due to climate change. 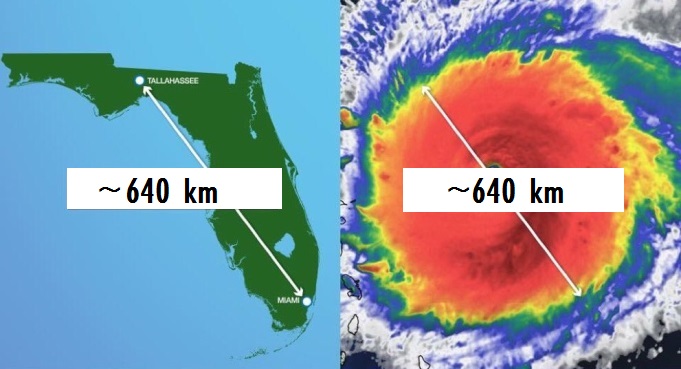 This is due to the fact that the increase in average temperature of the planet acts as a multiplier of risks, making them progressively worse than they would be without the impact of human activity. According to studies completed by researcher Kerry Emanuel from MIT, an expert in hurricanes, one of the reasons in increase of intensity and speed of its winds is due to warming in the surface of oceans, which produces more humidity and increases available energy for such events. The temperatures of the surface of some parts of the North Atlantic and of the Gulf of Mexico increased more than 30C in September 2017, which explains why hurricanes Harvey and Irma became so strong so rapidly.

On the other hand, basic physics indicates that in warmer temperatures, thermic expansion of ocean occurs, which in turn causes an increase in sea-level, which generates higher altitude waves, one of the most destructive aspects of storms as they can flood extensive low coastal areas, sweeping everything on its way. In the same manner, events of extreme rain are also growing. Model simulations of climate confirm that in a warmer planet, impact of intense destructive storms will increase as the frequency of weak storms decreases. 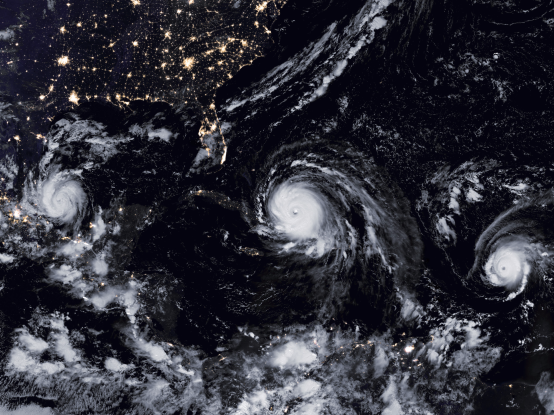 The economic loss due to extreme weather events in 2017 is calculated to be more than 300 million dollars. During the next decade, economic losses caused by these extreme events are expected to increase, which will probably have a negative effect on global economy. According to NOAA, the number of meteorological phenomena which caused economic loses of at least one billion dollars has increased fourfold since the 1980s. It is therefore necessary to consider the fact that the costs of inaction to fight climate change are significant.

More than 97% of climate experts agree that the more greenhouse gases are emitted into the atmosphere, the more the average global temperature of the surface will continue to rise, intensifying extreme climate conditions, as mentioned above. The problem with climate change is not a problem to fix in the coming generations, as everyone is already experiencing its effects now.

With the United Nations’ Paris Agreement, more than 190 nations agreed by the end of 2015 to work together to confront the challenges posed by climate change. The Paris Agreement is an important beginning, as it proposes a mechanism that boosts progressive reduction of greenhouse gas emissions and accelerates this progress through time, taking into account that there is yet much more to be done.

In 2012, the President of the United States, Donald Trump, referred to climate change as a “hoax” propagated by the Chinese, and during his campaign he promised the country he would get out of the Paris Agreement, a promise that he attained in June of 2017, when he made the announcement to withdraw the United States from the agreement. This attitude is unacceptable: denying scientific facts and abandoning the Paris Agreement compromises the wellbeing of society, as well as future generations, as climate change represents without a doubt its greatest threat. Without immediate and concerted action, the consequences will be harmful for the future and represent an unacceptable risk.

Data obtained from the National Center of Hurricanes of the NOAA. From: http://www.nhc.noaa.gov/data/tcr/index.php?season=2017&basin=atl